We’ve been treated to a series of spectacular rocket tests lately, courtesy of SpaceX and the Starship development process. Of course, most of these rockets are exploding, but that only makes the tests more dramatic for outside observers. The most recent Starship rocket blew up in mid-air while beginning its landing burn. Now, SpaceX CEO Elon Musk has announced a cause: a leaky pipe. We’ve all been there.

The Starship SN11 prototype took off from the company’s Boca Chica launch facility on March 30th, heading for a high-altitude test and soft landing. After reaching 6.2 miles (10 kilometers) high, it flipped and prepared for descent. The live video feed, to which we’ve become accustomed in SpaceX launches, froze as one of the engines fired. Minutes later, debris from the Starship booster rained down on the landing zone. As Musk quipped at the time, “At least the crater is in the right place.”

The company has been examining telemetry data and the wreckage to find out what happened, and Musk now blames a leak from the fuel system. Apparently, a small amount of methane escaped and started a fire on engine 2. The rocket had three total engines, and it would have been able to reach the ground with two. However, the fire fried some avionics hardware, causing a “hard start” in the engine’s methane turbopump. A hard start means there’s too much fuel in the combustion chamber, and therefore the pressure is too high, and the engine goes boom.

This is getting fixed 6 ways to Sunday.

Musk says this flaw has been corrected by SpaceX engineers, and future versions of the Starship booster will be “fixed 6 ways from Sunday.” So, if anything destroys SN12 or later, it’ll be something else.

SpaceX is unusual among aerospace companies in that it puts its development on display for everyone to see. That’s worked out well when the company has advanced so quickly. A few years ago, landing the Falcon 9 for reuse seemed like a crazy fantasy, but the technology to do that exists now. Getting the Starship to do the same thing could take a bit longer than Elon Musk would like everyone to believe, but SpaceX isn’t giving up.

In addition to working to perfect the Starship, the company has also started work on Super Heavy, the first stage with 28 Raptor engines that will help the Starship break free of Earth’s gravity. Currently, SpaceX plans to use the Starship to fly Japanese billionaire Yusaku Maezawa around the moon and back in 2023. It’s got some work to do before that can happen. 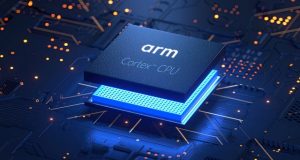